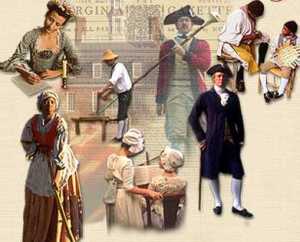 AH8:2 Students will explain and compare the different forms of government, the branches of the United States Government and how they work together, as well as the roles of state, county and city governments.

AH8:2-1 describe the origins of democracy such as the Magna Carta and Mayflower Compact

AH8:2-2 identify the offices, duties and responsibilities of the Legislative Branch

AH8:2-3 identify the offices, duties and responsibilities of the Executive Branch

AH8:2-4 identify the offices, duties and responsibilities of the Judicial Branch

AH8:2-5 explain how checks and balances works and why it is important

AH8:2-6 identify the rights given to citizens through the Bill of Rights

AH8:2-7 explain the differences between the rights and responsibilities of US citizens

AH8:2-8 explain the role of state governments within the United States

AH8:2-9 describe the branches of Nebraska state government and the offices within that government 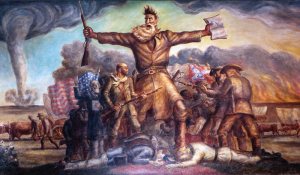 AH8:1 Students will identify and analyze causes, key events, and the effects of the Civil War and Reconstruction.

AH8:1-1 explain the basic provisions and postwar impact of the 13th, 14th, and 15th Amendments to the United States Constitution.

AH8:1-2 describe the impact of Reconstruction policies on the South.

Chapter 3: Reconstruction and the New South 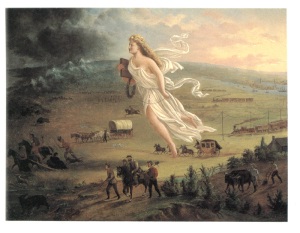 AH8:3 Students will describe the events of the Westward Movement and explain how it changed the United States.

AH8:3-2 describe the role of farmers in the settlement of the West

A History of American Agriculture

AH8:3-3 compare the way pioneers lived on the Great Plains to the lives of those on the East Coast of the United States

The Great Plains:  A Harsh Welcome to Settlers (Lesson Plan)

AH8:3-4 assess the significance of the transcontinental railroad on western settlement

AH8:3-6 outline the conflict between White and Native American cultures and the impact that has had on both groups

Conflict in the West

AH8:4 Students will identify the people and events of the Industrial Age and explain their significance in the development of the United States.

Growth and Transformation
Discontent and Reform

AH8:4-1 identify the important inventions of US scientists such as Thomas Edison

Great Inventors of the Industrial Revolution

AH8:4-2 explain the work of industrialists such as Andrew Carnegie

AH8:4-3 explain the reasons for immigration to the US and describe the immigrant experience

Stories of Yesterday and Today:  Immigration

AH8:4-4 describe the role of immigrants in US industrialization

AH8:4-5 explain how the Industrial Revolution affected the economy of the United States

By clicking on the links below, students can read a summary of the chapter, learn more about a chapter-related topic by completing a web-based activity, take a ten-question quiz to test their knowledge of the chapter, have fun and challenge themselves with a puzzle or game based on the chapter content, and quiz themselves or fellow students using eFlashcards for chapter-specific academic vocabulary, glossary terms, and people, places, and events.

AH8:5 Students will identify the acquisition of the US during the Age of Imperialism and describe how this experience affected the politics and culture of the United States.

America in the Age of Imperialism

AH8:5-2 identify the benefits and deficits of colonization

AH8:5-3 explain the reasons for the Spanish-American War

AH8:5-4 identify the events and effects of the Spanish-American War

AH8:5-5 explain the reasons for reformers such as the Populists and Progressives and evaluate their impact on the United States

What are your strengths?
What are my Learning Strengths (.pdf)
Multiple Intelligences Product Grid